Back to feed
Comments Off on Discoveries at the Jungle Candy Month: Cote D’Or Chocolate from Belgium and Morinaga Hi-Chew Candy from Japan 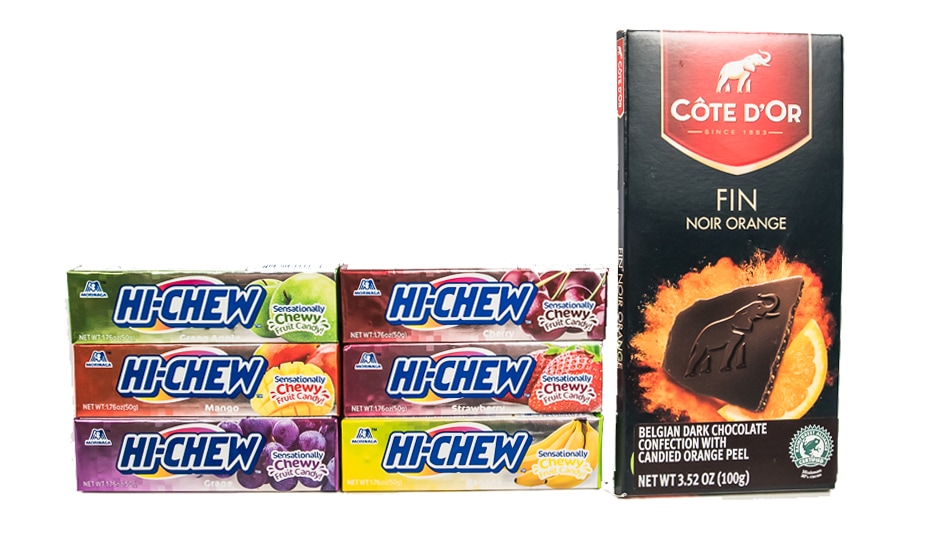 ​Did you know: A jewel thief made off with $28 million dollars of gems in 2007 because he was able to gain the trust of the guards working the bank in Antwerp, Belgium, by repeatedly offering them chocolate.

Droste Chocolate from Holland, Kinder Happy Hippos from the UK, and Ricolino Duvalin from Mexico!
Nordic Sweets Gummy Candy from Sweden and Leone Candies from Italy