Back to feed
Comments Off on Discoveries at the Jungle Candy Month: Toblerone Chocolate Bars from Switzerland and White Rabbit Creamy Candy from China 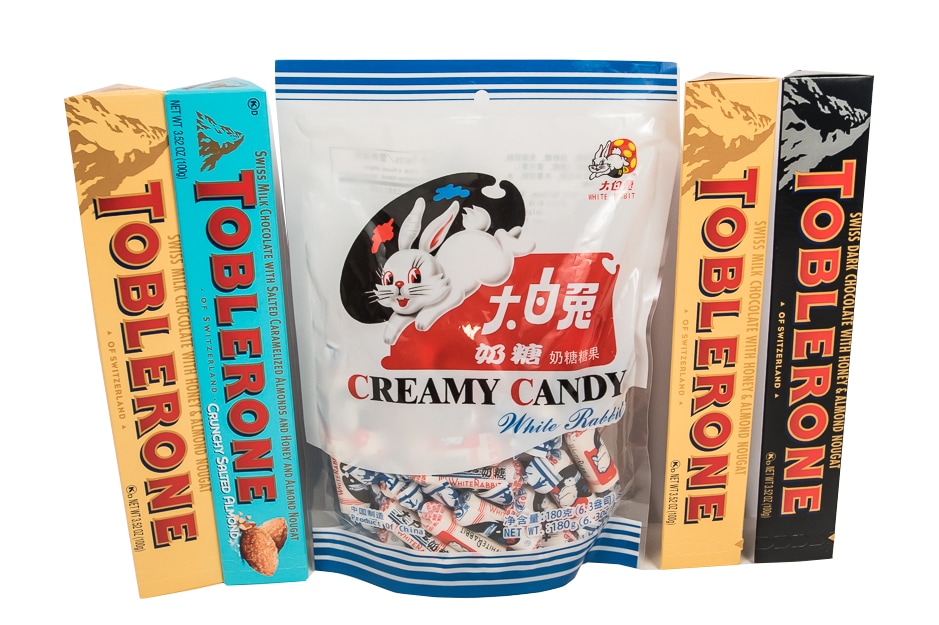 Did you know: So many Toblerone bars are sold each year that, if they were to be laid end to end, they would go on for 62,000km which longer than the circumference of the Earth.

​Did you know: ABC, the company who makes these White Rabbit Candies, used to use Mickey Mouse on their labels, but when they became state owned they eliminated Mickey because it symbolized Western influence.