Discoveries at the Jungle Candy Month!

Back to feed
Comments Off on Discoveries at the Jungle Candy Month! 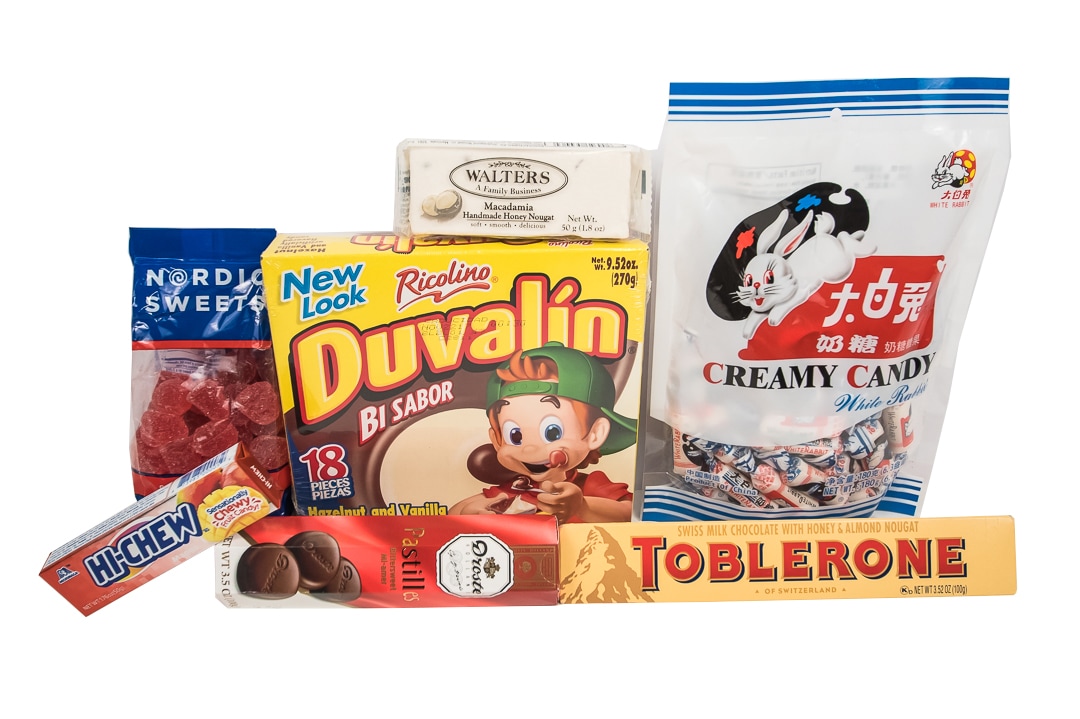 Welcome to Discoveries at the Jungle, where each month we’ll take a look at some of the most interesting, flavorful and sometimes bizarre international items Jungle Jim’s has to offer. This month, we’re featuring candy from around the world! So far this year we have focused on coffee, tea, snacks and pasta, so if you missed those posts, make sure you go back and give them a read.

From chocolate, to fruity gummies and hard candy, to liquorice, caramels, marshmallows, taffy, and more, candy has been around for centuries. It comes in all shapes and sizes, too! But where did “candy” come from? Let’s take a look.

Now that the geeky stuff is out of the way, let’s jump into our first two candy features, shall we?

Where you can find these: Fairfield Location: Holland Section // Eastgate Location: Yellow 4

​Did you know: Droste manufactures 5256 Pastelles per minute!

​Did you know: Kinder makes chocolate eggs that are filled with toys that are very popular around the world, however they are banned in the United States because they can be a choking hazard.

​Did you know: The uniqueness of Mexican candies stems from the wild flavors, textures and shapes.