Back to feed
Comments Off on Discoveries at the Jungle Condiment Month: Terry Ho’s Yum Yum Sauce from Japan and Huli-Huli Sauce from Hawaii 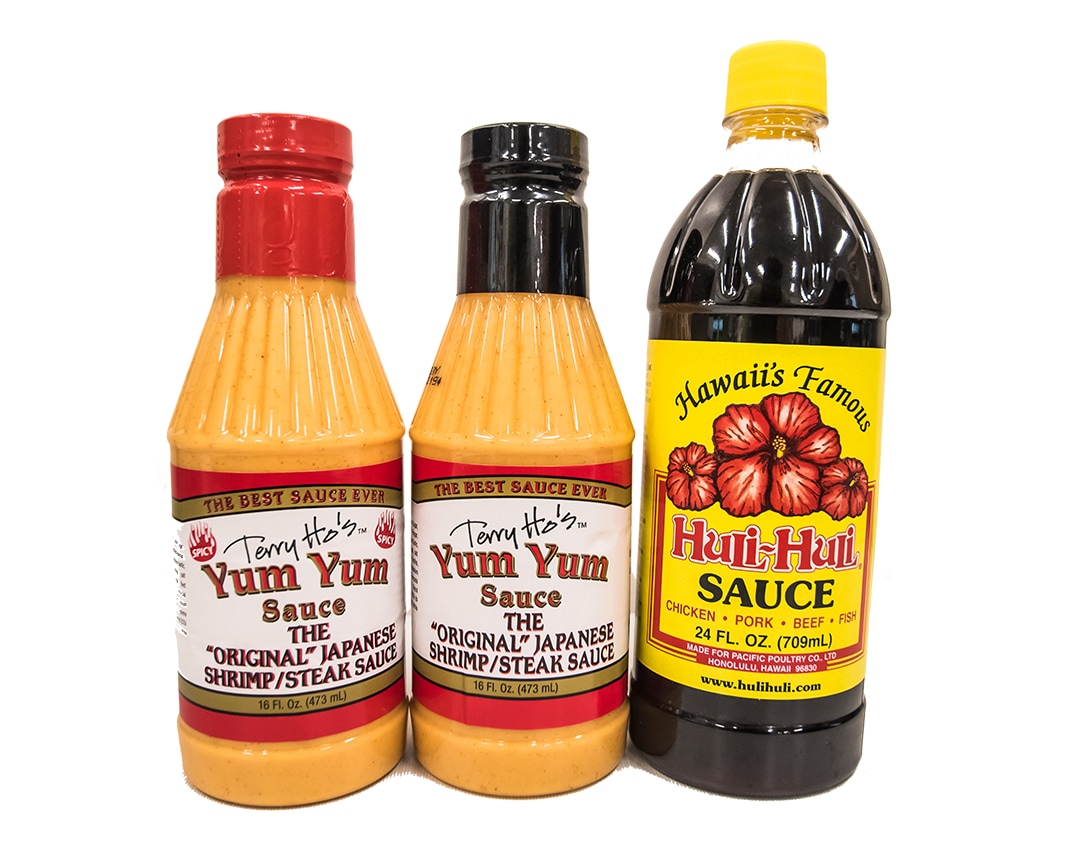 The term condiment comes from the Latin condimentum, meaning “spice, seasoning, sauce” and from the Latin condere, meaning “preserve, pickle, season.” Condiments were known in Ancient Rome, Ancient India, Ancient Greece, and Ancient China. There is a myth that before food preservation techniques were widespread, pungent spices and condiments were used to make the food more palatable. The Romans made the condiments garum and liquamen by crushing the meat of various fish and fermenting it in salt, leading to a flourishing condiment industry. Apicius, a cookbook based on 4th and 5th century cuisine, contains a section based solely on condiments.

We have come a long way in terms of condiments since then. Even the original fish sauces, tahini, vinegars, and mustards are still around, we just put our own modern twists on them. This month, we are featuring condiments from all corners of the world. Some pay homage to the early days, while others are decidedly more modern. Come in and spice up your dishes with condiments from the Jungle!

Yum Yum Sauce can be found in many American Japanese restaurants. It’s a mayonnaise based dressing with paprika and seasonings. While it was created for steak and shrimp, it’s also great on vegetables, noodles, salad, and rice.

Where you can find these: Fairfield Location: Orange 4 // Eastgate Location: Yellow 1

​Did you know?  One of the most widely used condiments in Japan is Mirin which is a kind of rice wine similar to sake, but with a lower alcohol content.

Huli, translated from Hawaiian, is literally “turn,” which is what they would say when it was time to turn the meat over during cooking. Today, Huli-Huli sauce is used to marinate all kinds of meat, especially chicken. It’s also great on pork, beef, and fish! It’s very similar to soy sauce.

Where you can find these: Fairfield Location: Orange 6 // Eastgate Location: Pink 9

​Did you know? Showing the island’s Asian influence, teriyaki has become the most popular way of treating meats. Other common Asian spices include five-spice powder from China, wasabi and Shoyu (soy sauce) from Japan, and bagoong from the Philippines. Types of spices local to Hawaii cuisine include aloha shoyu, huli-huli sauce, and chili pepper water.

Catch the other featured cookies from this month here:
Hengstenberg Mustard from Germany and Maille Mustards from France
Jufran Banana Sauce from The Philippines and Ziyad Tahini from the Middle East