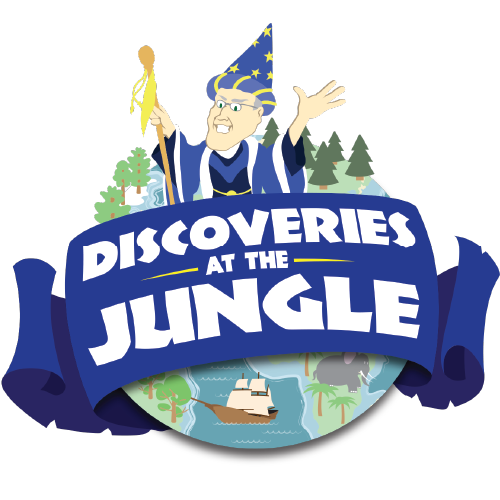 Discoveries at the Jungle
Helping you discover a world of food!

Happy New Year! Even though January 1 has come and gone, one of the biggest New Year’s holidays is yet to come. Celebrated by 1.5 billion people worldwide, nearly 20% of the global population, Lunar New Year is a huge holiday that is observed for the first 15 days of the new lunar year! This year, Lunar New Year begins on Saturday, January 25, though the celebration will begin on New Year’s Eve, January 24. During the holiday, people return home to visit with families during a travel period that is called Chunyun, which refers to the period of time before, during, and after the holiday when many people are traveling. Chunyun has been referred to as the biggest annual human migration in the world, with as many as 3 billion trips taking place! This year, learn more about the holiday with Discoveries at the Jungle picks including fresh duck eggs, spring rolls, and lucky candy. Or, check out our recipe for Lucky Vegetable Soup! And, whether you’re just now learning about Lunar New Year or are already a life-long celebrant, we hope you have a happy Lunar New Year!

What is Lunar New Year?

Lunar New Year is an annual New Year’s celebration that is observed in China, Korea, Vietnam, Laos, Singapore, and many other countries.

Happy New Year! Even though January 1 has come and gone, one of the biggest New Year celebrations in the world is coming up! It’s time for Lunar New Year, a huge holiday that happens once a year, usually between January 21 and February 20.

Instead of the number system that we’re used, the Lunar calendar uses the zodiac to measure years. The zodiac is made up of 12 animals that are used to represent years. In order, these animals are the rat, ox, tiger, rabbit, dragon, snake, horse, goat (or sheep), monkey, rooster, dog, and pig. Each animal has a special significance and people born during a certain animal’s year are believed to take on the attributes of that zodiac animal.

Lunar years are also assigned an element in addition to a zodiac animal. The five elements are water, wood, fire, earth, and metal. This results in 60 combinations of zodiac animals and elements, which means that a year won’t repeat for 60 years.

For more information on the zodiac animals, check out our post What Kind of Jungle Jim’s Shopper Are You?

The Lunar New Year is celebrated all over the world, and it’s called many different things. In China, it’s known as Chunjie and called Tet in Vietnam. The same holiday is also called Seollal in Korea and Losar in Tibet! Each country may have slightly different practices, but, no matter where you live, the holiday is a time to return to your roots, eat traditional foods, and spend time with your family.

How is it celebrated?

The very first Lunar New Year tradition is cleaning! Most celebrants will begin spring cleaning about 10 days before the start of the festival. This is believed to cleanse the house of bad luck for a brand new start in the New Year. Many people refer to it as the “sweeping of the grounds.” It’s very important to begin your cleaning far in advance of the New Year because cleaning is prohibited for the first few days of the year. If you clean, you risk washing away your good fortune and could be cursed to have a luckless year.

After the cleaning is completed, the first two days of the celebration are traditionally spent with family. This includes New Year’s Eve and New Year’s Day. Families will often spend time together to remember lost loved ones and to hold religious ceremonies to honor their ancestors. For many people, New Year’s Eve and New Year’s Day are the most important days of the year and it’s very important to spend these days with family. In fact, there are often millions of people traveling in the weeks before Lunar New Year, trying to make it home before the holiday. Some have said that this period of high traffic is the largest annual human migration in the world.

On New Year’s Day, family members and close friends give each other red envelopes as a symbol of good luck and a wish for good fortune in the New Year. Often, these envelopes are filled with money, but the money isn’t what’s significant. The most important element of the red envelope is actually its color: red. The color red is considered to be a highly lucky color and it symbolizes energy, happiness, and luck.

In Vietnam, these envelopes are often used to decorate a New Year’s tree! These are typically beautiful, ornamental fruit trees, like kumquat, apricot, or peach blossom trees. The goal is to bring life and beauty into the newly-cleaned home and decorate it with luck.

But, why red? Well, in Chinese mythology, the Lunar New Year wasn’t always a time of happiness and celebration. In fact, it was a day of terror. Hundreds of years ago, a beast named Nián roamed the streets on New Year’s Day. Nián loved to eat people, especially children, and livestock, and he used New Year’s Day to sate his hunger. However, one year, the people discovered that Nián was afraid of loud noises and scared of the color red. They decided to fight back and draped their homes with red lanterns to ward off the beast. When he arrived, they threw firecrackers at him and he fled. Ever since then, the New Year has been a time of happiness and red decorations and firecrackers have been integral to the celebration.

How can I celebrate?

Try our recipe for Lucky Vegetable Soup, a family recipe that one of our very own has graciously agreed to share! Lucky Vegetable Soup is a healthy and delicious soup that is colored a gorgeous, deep red from the addition of fresh beets. Click here for the lucky recipe!

You can also celebrate the Lunar New Year by cleaning your home to give yourself a fresh start, enjoying Lucky Vegetable Soup with family and close friends on New Year’s Eve and New Year’s Day, and wishing your family and friends good luck in the New Year!

From all of us at Jungle Jim’s, we hope you have a wonderful holiday and a prosperous year full of good fortune! Happy New Year!

Discoveries at the Jungle

So what is “Discoveries at the Jungle”? It’s our way to show you some of coolest, wildest, and most interesting foods from around Jungle Jim's! Each month, we curate a special selection of items from throughout the Jungle that we think you'll love! We have a dedicated space in each of our stores where you can find our featured products, plus, we have a wide range of information on our website about each month’s theme. We can’t wait for you try this month’s Discoveries!

Take a look at our past Discoveries at the Jungle! From mint, barbecue, and even Holland-themed collections, we have it all! You never know what food could be your new obsession, but whatever it is, we're guaranteed to have it here at Jungle Jim's.