Attention Foodies, we are currently out of stock of chitlins at both locations.

The Kombucha Bar at Fairfield Is OPEN, Eastgate’s Is On the Way!

Back to feed
Comments Off on The Kombucha Bar at Fairfield Is OPEN, Eastgate’s Is On the Way! 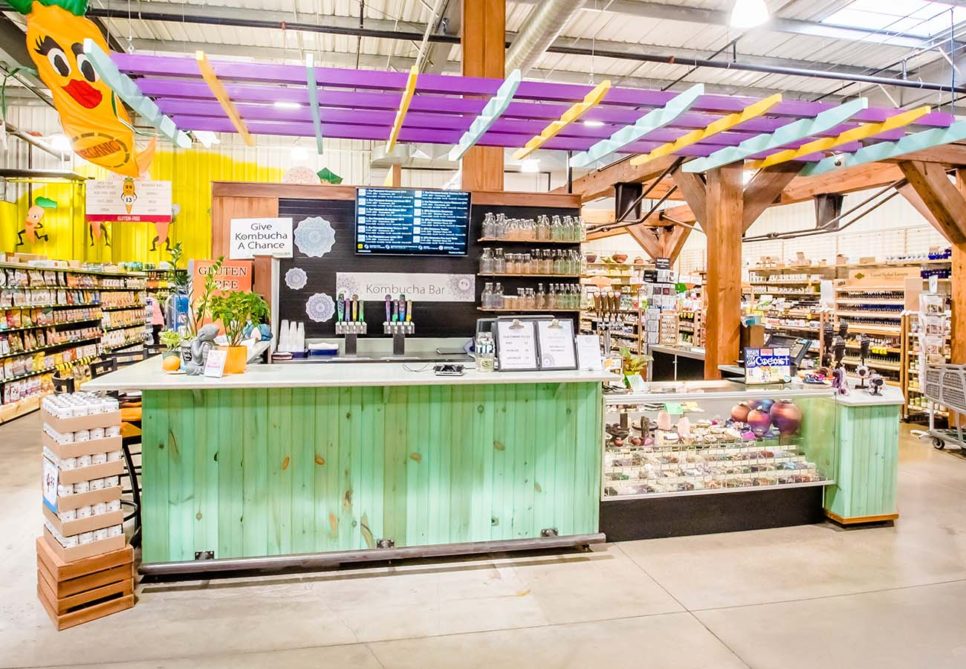 Did you know that the Kombucha Bar at Fairfield is now open?! That’s right! Stop by today for a pint, howler, or growler of one of a dozen kombucha flavors on tap. Don’t know what we’re talking about? Read on! 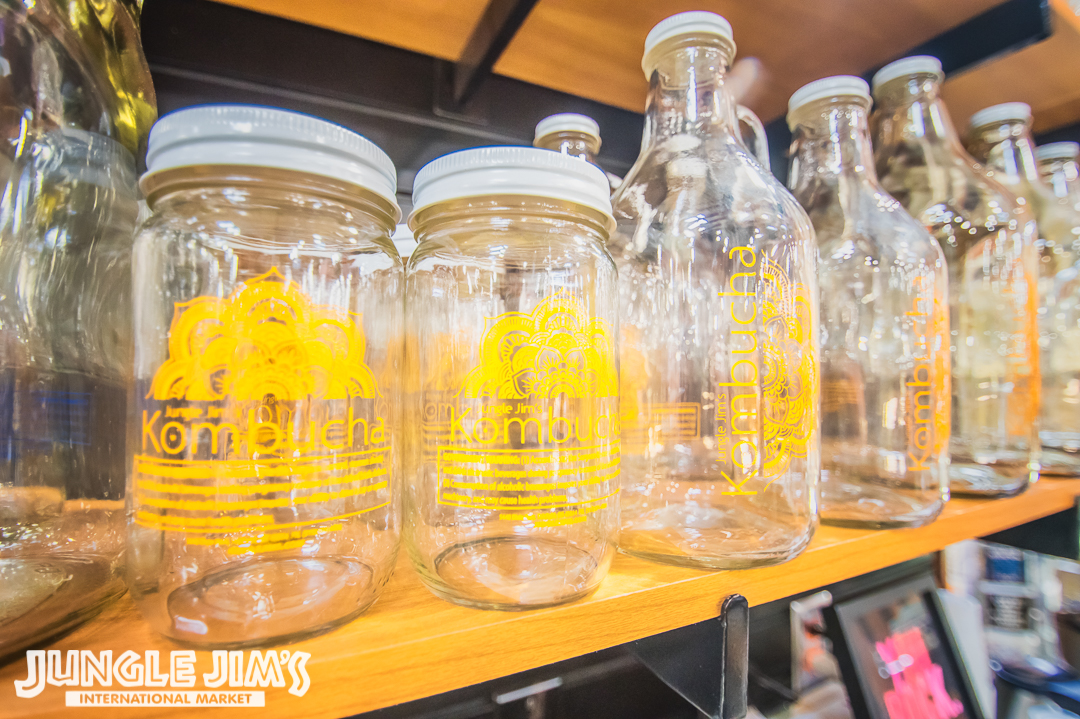 Kombucha is a fermented tea drink that is highly effervescent. Originating in China, it’s been around since about the year 200 BC. Traditionally black or green tea is the base, then sugar and the SCOBY is added for fermentation.

Now, you may be asking, what exactly is a SCOBY? A SCOBY is a symbiotic culture of bacteria and yeast. In other words, this is where the magic happens. The yeast eats the sugar, which in-turn creates a small amount of alcohol. The alcohol is then converted by the bacteria into nutritious acids and probiotics. The first fermentation usually lasts around 7 days. 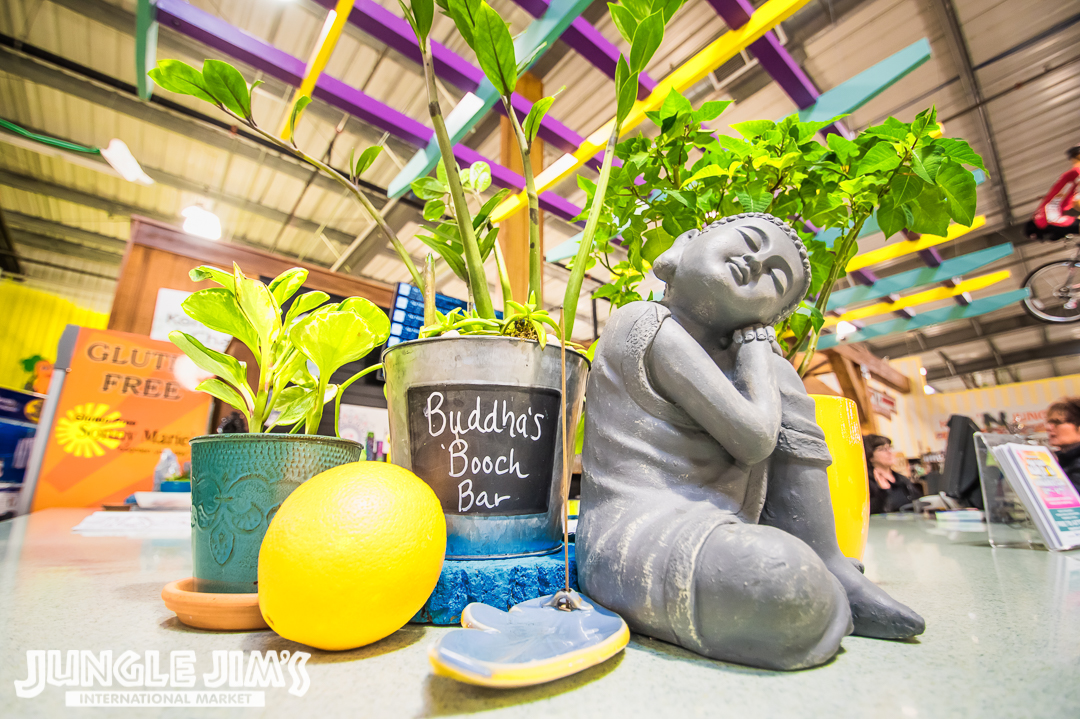 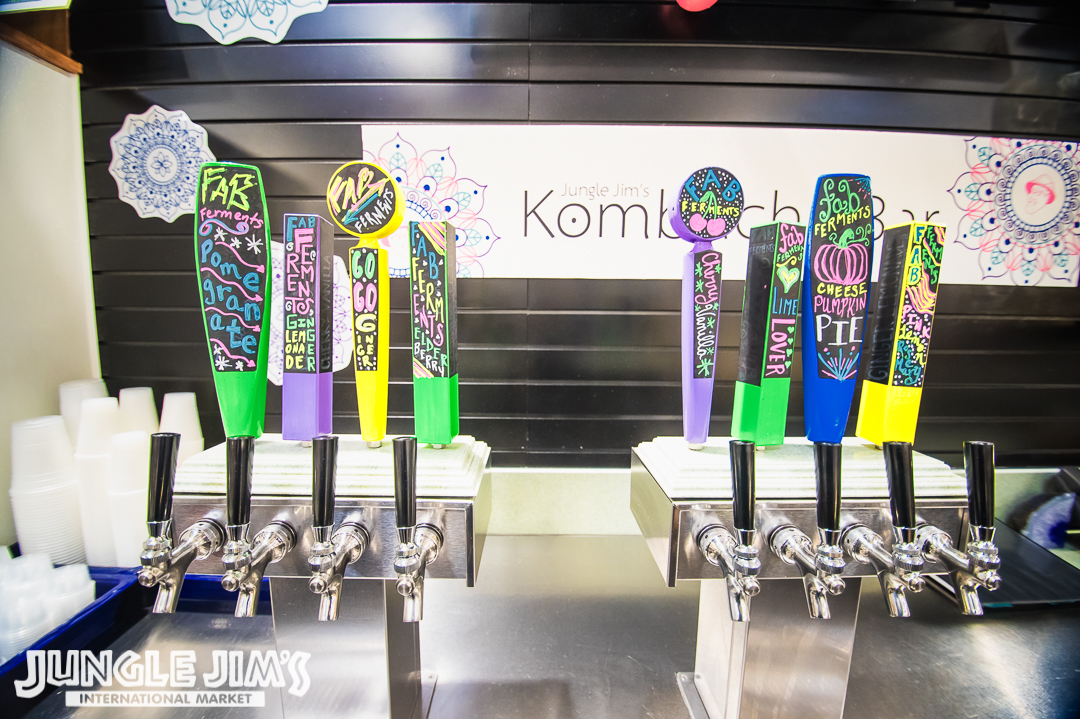 For those already converted to the fun and funky world of kombucha, the newest addition to Jungle Jim’s Fairfield features 12 taps of first fermentation kombucha from our partners at Fab Ferments, as well as GT’s. Fans of Fab Ferments can look forward to an array of tasty beverages pouring from ice cold taps, which will be available to drink at the bar, or take home in our Kombucha Bar growlers.

If you’re looking for something with a little bit more oomph, we have a rotating selection of Unity Vibration kombucha beer, which makes it all the way to 8% ABV – so, of course, you must be at least 21 years of age to purchase.

For the uninitiated, or those who think they’re not fans, it’s time to experience kombucha for the first time, again. Why? First fermentation kombucha has a lighter, less intense flavor, but still many of the same benefits of bottled kombucha. The Kombucha Bar at Jungle Jim’s is our way to help bring a little funk into your life, one pint or growler at a time.

Check back soon for more info about the Kombucha Bar currently under construction at our Eastgate location (they’ll have a few other things to offer alongside kombucha, too). Opening date TBD!