Back to feed
Comments Off on Weekend of Fire 2017 – A Taste of What’s to Come! 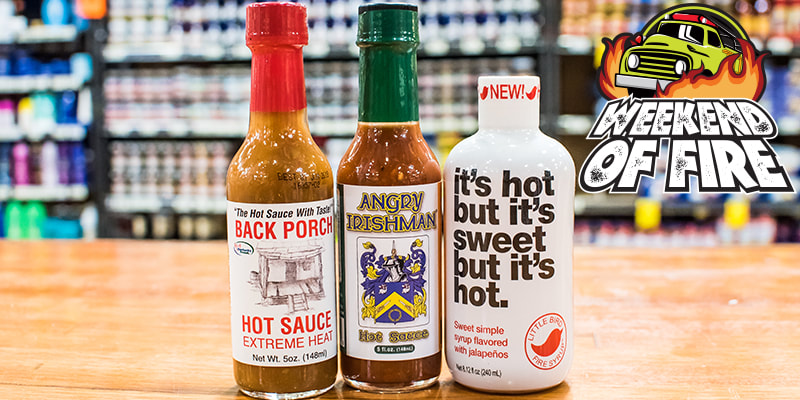 ​If there’s one thing about Jungle Jim’s, it’s that we’re always on the lookout for the next big thing. We’re entering the 11th year of our Weekend of Fire festival, a 2 day extravaganza of heat and flavor, so we’re changing things up on the floor by expanding the size of the festival. With that, we’re able to bring back partners from years past, as well as welcome some new faces to the party.

We’re going to look at some of those now… Two companies doing some fun, flavorful, and exciting things in the world of spicy foodstuff are making return appearances, and a new Kentucky-made hot sauce is making their debut. Let’s go!

Don’t forget:  We have a lot of new things in the works – the show really will be bigger and better than ever – so don’t miss out on the hottest weekend of the year!

Keep it flavorful, and keep it hot.