Fall is finally here, bringing with it a wealth of fun seasonal activities. Among our favorites are cooking, eating (of course!), and apple picking! That’s why we’ve chosen Apple as our Discoveries at the Jungle theme for this October. A quintessential fall flavor, apples are a standard fall treat, mostly eaten raw or used for apple pies, apple cider, or caramel apples. You know, all the normal stuff. There’s just one problem… at Jungle Jim’s, we’re tired of all the normal stuff! We want to experiment with weird, wild, and crazy foods from around the world, because that’s who we are. So, we’ve rounded up 5 unique apple foods for you to try this October!

With a spice rating of two out of five, this sauce isn’t going to hurt you, knock you back, or burn your insides, but it will deliver just enough spice to make things interesting. This sauce is made with poblano and jalapeño peppers, so it’s not overly spicy, and the Granny Smith apples balance out the sauce and add some sweetness. This is perfect on eggs, omelets, or breakfast tacos!

Try it as a topping for these Chorizo Burritos. 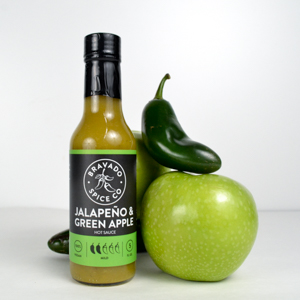 Now that it’s fall, there are plenty of healthy and delicious autumn vegetables in season. This makes it easy to throw together a healthy salad for lunch or dinner. This organic Apple Balsamic from ReModena is wonderful to have on hand for those exact occasions. It’s made from organic apple juice and apple vinegar, and it makes a fantastic vinaigrette or dipping oil. Unlike other balsamics, the ReModena Apple Balsamic isn’t overly acidic, which makes it versatile and easy to love.

Try it on this simple Spinach Salad with fresh-cut apples instead of strawberries. 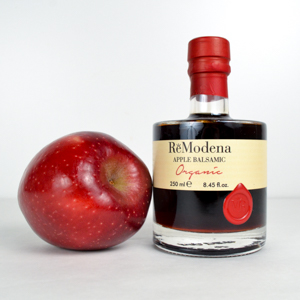 This one isn’t that outlandish of an idea, but we’re including it here because it’s still different and it’s incredibly versatile! You can use this syrup in cocktails, in pork or chicken recipes, over pancakes, in lattes, or for baking. Bring this to the table at a brunch, set this out at the bar during a party, or drizzle this over your evening vanilla fro-yo. The possibilities are endless!

Use Jungle Jim’s Apple Cinnamon Syrup instead of brown sugar in this recipe for Mulled Wine to add a twist of apple to your drinks! 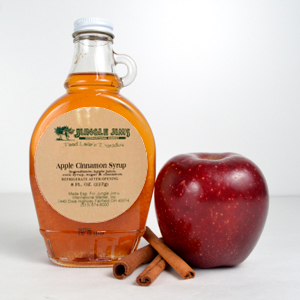 This jelly is unlike any other varieties on the market and once you try it, you’ll be hooked. Though I was wary of the jalapeños, the spiciness is well-tempered by the tart sweetness of the apples for a delicious marriage of sweet and spicy. Try it with cheese and crackers, spread on warm cornbread, or served as an appetizer with goat cheese and crostini.

Use this this jelly in place of marmalade in our recipe for Roast Chicken Thighs with Sriracha. 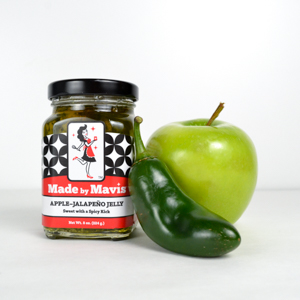 Apples. Bacon. BBQ sauce. What more is there to say? If you’ve never tasted the majesty that is apple and bacon uniting in one delicious out-of-this-world flavor, then you’re not living life, friend. This sauce is the ultimate comfort food and is great for making game-day BBQ in the crockpot. You can also try it on grilled chicken, sandwiches, or meatloaf.

Try this recipe for Meatloaf with Apples and Sriracha but skip the regular ketchup and use this Apple Bacon BBQ sauce instead. 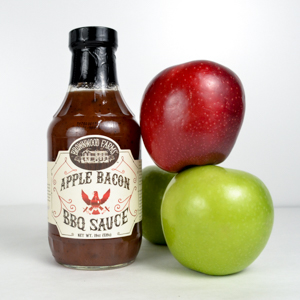